While initially it sounds promised as a temporary user profile should not delete your files, it appears that there’s a bug in this release that renames the user profile in the C:\Users folder and it can be restored by editing the cells in the Windows registry. Some users have been been able to restore their files. The update is not only renaming but also moving user profiles. Many users have found they are unable to restore the files that were deleted cause data loss and in need of data recovery.

Microsoft also released KB4524244 for some Windows computers on Patch Tuesday, and that update has been causing problems. According to reports some AMD Ryzen HP computers fail to boot after applying it and restarting. The issue could be due to the Sure Start Secure Boot Key Protection.  Other users on the same Microsoft forum report all HP AMD-based machines with Sure Start Secure Boot Key Protection enabled not booting in their environment,  Elitebook 755 G5 with AMD Processors, HP EliteDesk 705,  and even Mac computers with bootcamp having an issue.

Did  Microsoft even check or test this update with HP? HP is one of the biggest OEMs of computers.

Windows 10 KB4532693 was meant to be a vital security update, many customers who installed are complaining that Windows 10 is booting up with a default Start menu and desktop – any shortcuts or customization they’ve applied have disappeared.

Users who have installed the update are reporting that Windows 10 is booting up with a default Start menu and desktop. It was been found that Windows is loading an incorrect or temporary user profile, and it removes the shortcuts or icons from both the desktop and Start menu.

Microsoft has Pulled the Update

The Windows 10 KB4524244 update was causing issues for users, including data loss. It has now been pulled by Microsoft and will no longer be automatically downloaded, as of Feb. 15th, 2020. Confirmed user reports relating to system freezes, boot problems, installation issues, temp user profiles, and missing data emerged after the release of the update. 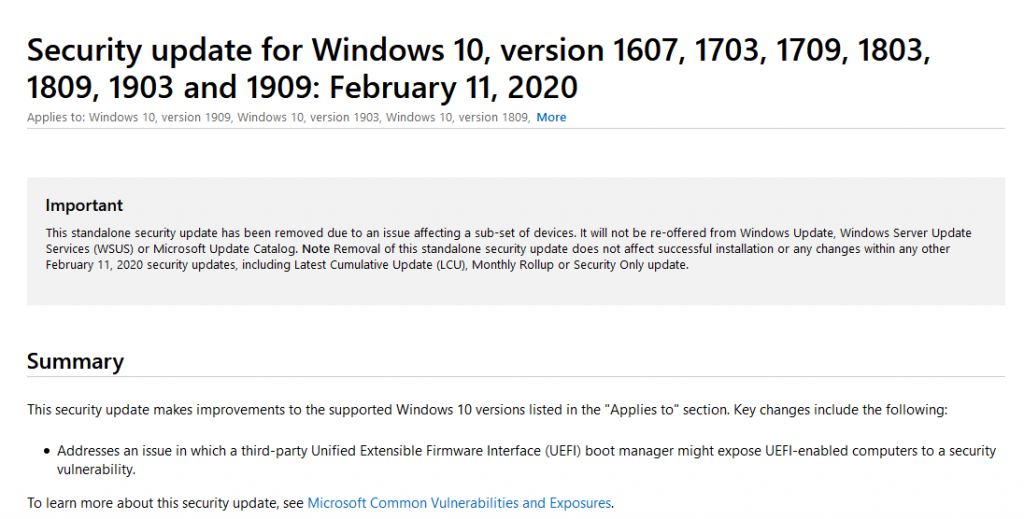 The security update addressed “an issue in which a third-party Unified Extensible Firmware Interface (UEFI) boot manager might expose UEFI-enabled computers to a security vulnerability” according to Microsoft. The update was released for Windows 10 versions 1607 to 1903. Cumulative updates installed on February 11, 2020, or any other update installed on that day are not affected by the issue according to Microsoft.

This update was causing issues with mostly HP AMD based machines with  Sure Start Secure Boot Key Protection enabled.

This is yet another example of a faulty Windows 10 update and in some cases resulted in data loss. This is a lesson for end users to always have a backup and for Microsoft to test and fix problems at a faster rate.