Michael Tsai, the developer of EagleFiler and the SpamSieve plug-in for Apple Mail has written a blog post detailing reports that macOS Catalina is causing data loss in Apple Mail when upgrading to build 19A583 (macOS Catalina 10.15.0). 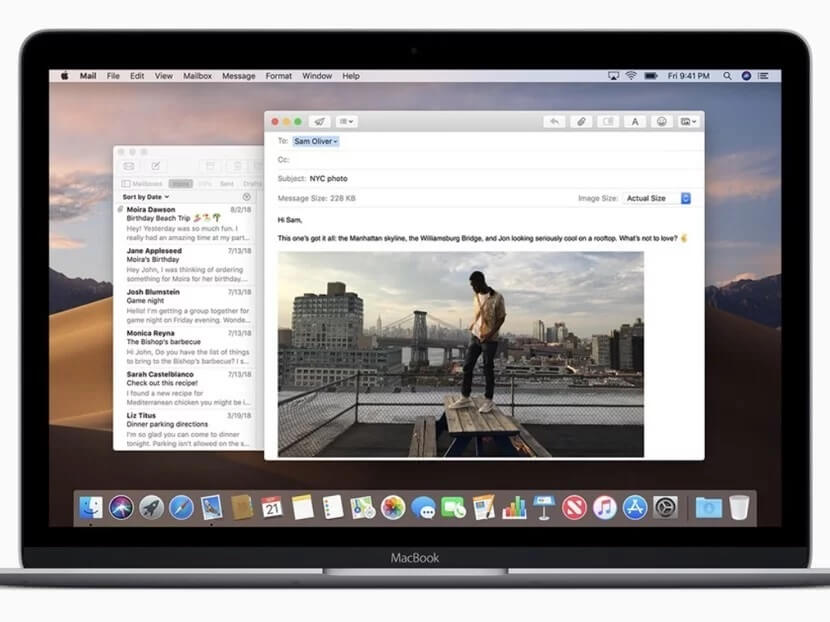 Back in October 2018, Microsoft rolled out a Windows 10 feature update that got pulled only a few days later, after the software maker discovered an issue leading to the removal of user files. Now macOS users have a similar bug, as cases of macOS Catalina leading to data loss in the Mail app have been reported.

macOS customers who attempt to move messages between mailboxes might notice that Mail only displays blank messages on the Mac. If other devices are synced, these messages could just be displayed as deleted.

According to Tsai, he’s heard from several reports from users that updating Mail’s data store from Mojave to Catalina says it succeeds when on inspection large numbers of messages are incomplete or missing entirely. He gives some additional evidence on his website.

“I don’t know whether these are due to Mail bugs or to other factors such as problems on the Mac or with the mail server. But my advice is to hold off on updating to Catalina for now,” Tsai states.

No current fix from Apple

While Apple has not released a fix causing the issue currently if you had a Time Machine backup you can access the previous versions of the folders in the data store of the Mail app.

“Apple advisors are apparently telling customers that if Mail data gets lost on Catalina, it can’t be recovered from a Time Machine backup that was made using Mojave. This didn’t make sense to me, and I’ve verified that it’s not the case,” the dev explains.

Do not upgrade if you use Apple’s Mail App

It is unclear at this stage whether Catalina 10.15.1, released in beta form on Friday to developers, has resolved this issue. In the meantime, anyone who relies on Apple’s Mail App is strongly advised not to upgrade to macOS Catalina. Also Tsai posts on this discussion “Of course, it’s good to make backups anyway.”

What do you do if you do not have a Time Machine backup?

If you need Apple’s Mail Recovered and do not a Time Machine backup you will need data recovery. Also, remember some times insurance will pay to get your data back. I offer support for macOS including Catalina and help to recover and restoring Apple’s Mail App.

Several people have reported lost or blank e-mail messages after updating macOS to Catalina. Some users have even reported losing as many as 50,000 mail messages on Apple’s official forums. Users are reporting restoring a Time Machine back-up from within Mail, crashes the Mail application.

Update Jan. 29th, 2020 macOS 10.15.3 fixes one of the bugs but not the others. macOS 10.15.3 fixes the bug where large numbers of messages stored “On My Mac” could be deleted when updating to Catalina or rebuilding Mail’s database. The update does not fix the bugs where moving messages between mailboxes either by drag and drop, rules, or AppleScript can cause the message to be deleted, duplicated, or simply not move them at all.