Windows 7 Ends Support Soon, You Need To Move On

Microsoft will soon be ending support for Windows 7 on January 14th, 2020. 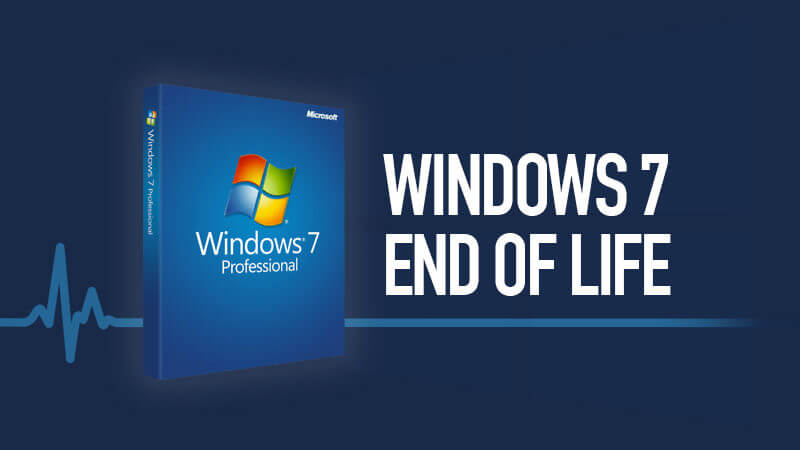 Support will end soon for the immensely popular Windows 7 operating system on January 14th, 2020. All home users and small business should should stop using it ASAP, and move on. While you it doesn’t mean that you can’t keep using unsupported operating system, it becomes much more risky. Microsoft will no longer be providing security updates or other support. Those updates are the patches  for things like ransomware, or giving attackers remote access to your machine. Just in May Microsoft release a path for Window 7 for remote desktop services. These kinds of patches are the things that keep computers update and they are sent monthly, or at least they were if you had a supported operating system.

Windows 7 was originally released in 2009, making it over 10 years old by the time the support deadline comes up. Since its release, Microsoft has already come out with two newer operating systems. Windows 8, which isn’t loved and had some issues. Also it does not make sense to move to Windows 8 with a end of life in 2023. We have the much better Windows 10.

You Need To Move On

Windows 7 was a great operating system. I have moved my customers to Windows 10. You need to move on if you are still on Windows 10. I covered more in detail what end of support means, and  how to upgrade.

Can I run Windows 7 Safely?

If for some reason you need a specific program to run Windows 7, the only safe ways to do it are a properly set up virtual machine or computer that has no internet access. For most users this is unnecessary, however if you need it setup you can contact me.

Why is Just Running an Anti-virus not Good Enough?

Windows support is ending, and hackers know that. Attempts by hackers to find vulnerabilities in Windows 7 will will most likely increase after January 14, 2020. Cyber criminals are waiting for internet connected Windows 7 computers. Those are going to be a whole lot easier to break in when the back door isn’t just unlocked, the windows are, too.

Time to Put Legacy Software Out to Pasture

Windows 7 is over a decade old and has pretty poor support for new hardware, including SSDs. In 2009 released the first Core i5 desktop processor with two cores, the i5-750 (8M cache, 2.67 GHz, 1333 MHz FSB), 2GB of ram was common and computers were much less advanced. Even earlier generation i5 are slow by today’s standard. It’s also best to put the old hardware, and software out to pasture too. If you are running anything that works on Windows 7 it’s very probable that it will run on a modern operating system such as Windows 10. For really old software it’s best to look at this situation as an opportunity to shop around for something new that can perform the functions you need. You might even be surprised to find better options and you’ll end up asking yourself why you didn’t make this change sooner.