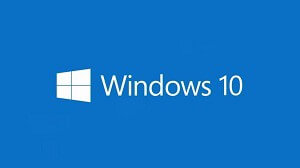 Windows 10 has a lot of great things going for it – but I suggest holding off on the upgrade because of the Windows 10 updates.

I have been contacted by customers for Western Digital My Passport external hard drives no being read, network driver issues, and other driver problems.

Why so far it is testing out to be a great operating system I suggest waiting a few more months to run it on any business computers or any computer that is mission critical.

Free upgrades from Windows 7, and 8/8.1 and packing new features like Cortana and Edge, and it brings back old favorites like the Start Menu make it a great improvement over Windows 8. However some of the drive issues users have been experiencing are frustrating user and all fixes do not work on all systems. Initially I thought most of the were due to upgrades, but recently about half of the issues appear to be with new systems that shipped with Windows 10.

A few users have reported the following updates getting stuck in the ‘downloading’ state and the others ‘waiting to download’.

A few that I have observed on multiple compters are:

I do recommend that you back up first before running any Windows updates.

With all the confusion and issues surrounding these updates, and the fact that much of this seems to have been discovered not through official channels, but by users having issues, it makes sense to play it safe and take a complete full system backup before updating.